The best way to protect workers is to remove or eliminate the hazard from the workplace using the following hazard control methods:

Substitution.  Substitute dangerous chemicals, equipment or work methods with safer and less hazardous ones to eliminatethe hazard altogether.  Example: Replace the open-topped manual skinner used for skinning pieces of meat with an automated skinner.  The manual skinner exposes workers to the hazards of amputations and skinning of the hands and forearms, while the automatic skinner feeds the meat on a conveyor belt to an enclosed blade.

Engineering Controls.  Engineering controls are used to make changes to the work environment, machine or piece of equipment, often reducing the hazard at the source.  Example: Exhaust ventilation can be used to remove a harmful substance such as carbon dioxide (dry ice) from the air.

PPE, work practice controls, and administrative controls are considered the least effective hazard controls.  These methods don’t get rid of the hazard.  Rather, they provide protection and reduce exposure, but the hazardous condition still remains.  These controls, however, are always going to be necessary in the meatpacking, poultry and food processing industries.  Example:  Metal mesh gloves are often the only way to protect workers from knife cuts, but the hazard of exposure to sharp knives is still present. 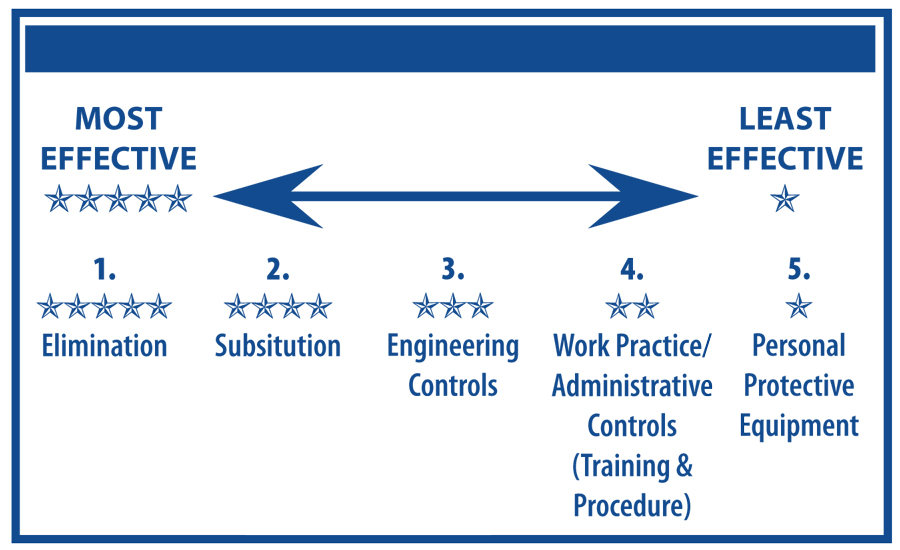